Our Religious School program in the CBH Parking Lot this week was an absolute blast! The students continued working on their Mt. Sinai re-enactment, to take place on May 15th. Within the two groups,

As our trusty Game Master Aaron Cooper has summarized

Our Purim adventure began with a splash as our heroes traveled to Ahashverosh’s castle.  With Vashti gone, the foolish king decided to host a talent show to decide who would be his new crew of best friends, moving into the castle and cruising their way into royalty along the way.   Mordechai’s nephew and 3 of his best friends formed the Fantastic Four, a new band that would take the talent show by storm.  The kids explored the castle, met some strange competitors, and brought the house down with their own original song.  It was a blast, and the story is just beginning!

Today was a unique session of dungeons and dreidels, as our story reached one of the most important and challenging chapters in the Exodus: the tenth plague, the killing of the first born.  For today’s session we put aside the swords sandals, as the heroes of Judea instead took a hike to the spot where Moses first talked to Adonai, at the site of the burning bush.  They met strangers along the way with their own moral quandaries, and used the journey as a chance to discuss one of the most challenging parts of Torah, asking questions about kindness and justice, struggling and freedom.  It was a chance to slow down, to take a break from the action to think, talk, and grow. 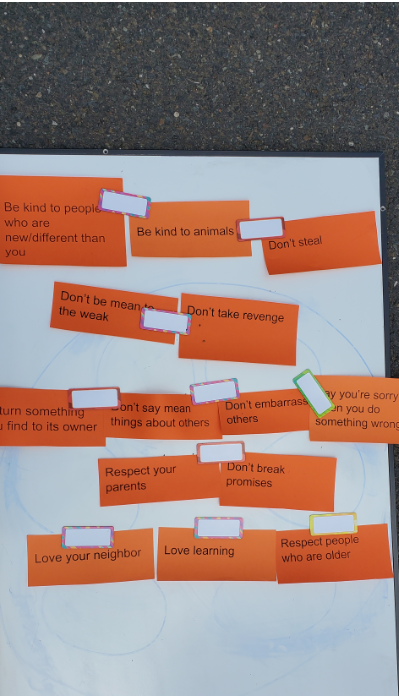 Stay connected with news and updates!

Stay Up to Date on News & Events at CBH